At 6:30 a.m.,in a busy wholesale vegetable market on the outskirts of Varanasi, Shanti Devi is haggling with the wholesale vendor of cauliflower. The price is negotiated at ₹300 a sack. Shanti takes out two ₹500 currency notes from her batua (cloth purse) and hands it to the vendor for two sacks. The vendor hands […]

May 16, 2017 by Brett Hudson Matthews, Akhand Tiwari and Vivek Anand

At 6:30 a.m.,in a busy wholesale vegetable market on the outskirts of Varanasi, Shanti Devi is haggling with the wholesale vendor of cauliflower. The price is negotiated at ₹300 a sack. Shanti takes out two ₹500 currency notes from her batua (cloth purse) and hands it to the vendor for two sacks. The vendor hands her ₹400 in change, which she quickly confirms mentally.

Shanti has not been to school and is not able to decode large written numbers (3 or more digits in length) or text. The numbers and text written on ₹1,000 and ₹500 notes do not communicate their value to her.

How does an oral businessperson like Shanti Devi calculate the price of cauliflower, count currency, or even recognise currency when she hardly knows the numbers or alphabet? Probing into these will lead us to a language that is understood by not only her but also millions of people like her.I

We asked a sample of oral people like Shanti Devi to perform certain tasks, like recognising currencies, counting money and performing some arithmetic calculations. Our observations offer useful insights into how this segment should be treated by financial services providers (FSPs).

Shanti Devi could not read written numbers but she could easily recognise any currency given to her. She cross-checks colour, relative note size and imagery against each other. She may also observe the number of zeros in the number printed on the note. Taken together, these clues are always adequate for Shanti to total the amount, though individually they are not.

Reliance on redundant clues is common among school learners of arithmetic. FSPs can provide information on large numbers in multiple formats: for example, through voice on a mobile phone, or images of currency notes accurately and proportionately rendered, to enhance confidence.

We asked 56 individuals like Shanti Devi to count ₹5,025, in a stash of 40 notes and coins. Based on initial screenings by our team, not a single person could decode a 4-digit numeral string (like ‘4,702’ or ‘5,097’). Nevertheless, 35 respondents (63%) accurately counted the cash. However, they varied widely in skill – some took longer and were more likely to err, while others counted quickly and rarely made a mistake.

For oral individuals, cash is a bridge to large-number understanding. Those who cannot read Indo-Arabic code (e.g. ‘4,702’) can arrive at the number using cash notes and coins. However, the speed at which they do this varies considerably. FSPs should not expect oral customers to process large numbers quickly. If given time, however, they often succeed, increasing their confidence.

Shanti bought two sacks full of cauliflower and each sack had around 48 to 52 cauliflowers. The total cost of the two sacks is ₹600. She knew that to make a profit she must sell the cauliflowers at ₹10 apiece. She also knew that some pieces would sell at ₹12 to ₹15 while some will sell at ₹8 to ₹10 apiece. After some waste, she expects her total revenue to be around ₹1,000 and profit of around ₹200 a sack.

Respondents were surprisingly good with these sorts of calculations. We asked them three questions. The first question involved a mental calculation of 5 X 25. The second involved division of 50,000 by 5, while the third involved division of 50,000 by 60. Most were able to answer the first two questions accurately, and nearly half came within a reasonable estimate range of answering the third (between 750 and 900).

When cash is at stake, errors are very stressful, so there are significant incentives to learn. Neuroscientists have found that the human mind has very limited ‘working memory’.III  In school, we learn facts like the times-tables and algorithms like multiplication and division by constant repetition and practice. These mathematical tools economise on our working memory, offering very powerful shortcuts that support fast, accurate and low-stress numeric processing.

Without these tools, unschooled adults use cash as a simple calculator  that gives them access to ways to calculate larger numbers than they could otherwise reach. Without multiplication-tables, for example, working out the value of seven ₹500 notes cannot be done by multiplying “5X7”. Instead, one will count “500+500+500+500+500+500+500”. This process is longer and involves greater risk of error (“how many “500’s” have I added so far?”), especially under time pressure. When available, rupee notes will be used to support calculations.

While developing digital financial products and services for the oral market segment, FSPs can adapt their interfaces in ways that accommodate oral habits and practices. Oral customers may use multiple clues to decode large numbers, and with time, they may graduate to more advanced cognitive tools provided through schooling.

In fact, such an approach can be used for all facets of financial services development. For example, while designing financial literacy campaigns, designers can build on ways that people like Shanti manage money. See also our pitchbook on ‘MoWo mobile wallet design for the oral segment’.

iAs per latest data, around 264 million adults, aged 15 or more, in India are illiterate.i There are also many millions of ‘neo-literate’ individuals with very weak reading and writing skills. Illiterate and neo-literate individuals together form the ‘oral’ market segment, of which nearly two thirds are women. “Orality” refers to the modes of thinking, speaking and managing information in societies where technologies of literacy (especially writing and print) are unfamiliar to most people. Orality encompasses not just speech but a wide range of modes for personal and collective information management that are preferred to text in oral cultures – from pictures, tallies and cash, to apprenticeship, rituals and song.
iiFieldwork was done in pre-demonetisation period.
iiiThe classic paper on working memory is Baddeley, Allan D., and Hitch, J.G. (1974). Working memory. In G.H. Bower (ed). The Psychology of Learning and Motivation: Advances in Research and Theory. Vol. 8, pp. 47-89. Academic Press, New York. 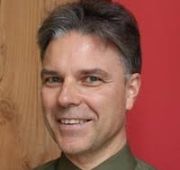 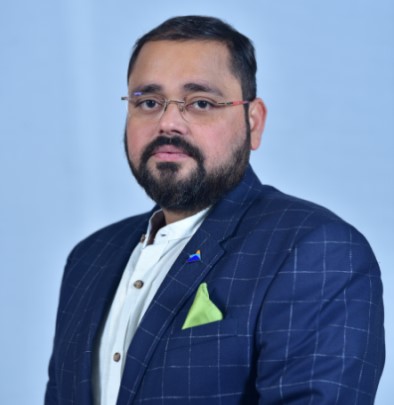 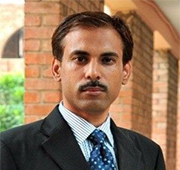