Do Financial Service Providers really understand the needs and perspectives of savings group members in Kenya, Tanzania and Uganda? 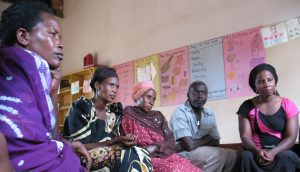 The 2016 State of Linkage Report found that 40% of financial service providers (FSPs) currently providing savings and credit products to savings groups (SGs) worldwide are in Kenya, Tanzania and Uganda. With an estimated combined SG population of 3.5 million, FSPs in these three countries may recognise the potential of this market – but how much do they understand about the needs and perspectives of the people they are aiming to reach?

FSPs can gain useful insights from some new perspectives from SGs (both linked and unlinked to banks). These were gathered through rapid small-scale demand-side studies in Ghana, Tanzania and Zambia carried out by Savings at the Frontier (SatF); and from feedback given by women belonging to Village Savings and Loans Associations (VSLAs) in Kenya during the East Africa Savings Group Linkage Summit organised by CARE East and Central Africa in December 2016.

Why do people join saving groups?

The strongest incentive for linking with formal FSPs for all the SG members interviewed for the SatF studies is the increased security of their cash. In Ghana, we heard about an SG treasurer who found a note under her door saying that she was going to be robbed. She rushed out and buried the cash box in a nearby field, terrified but thankfully not robbed. Similarly, one of the Kenyan VSLA members referred to storing “up to US$ 4,000 under the bed.” The fear and terrifying experience of potential loss of hard earned cash is an important driver towards formal banking among SG members.

Another incentive for SG members interviewed by the SatF team was earning interest on surplus savings. However, we encountered a lack of knowledge – and thus confusion – resulting from the way groups calculate interest on a monthly basis, compared to banks who do it annually.

The SatF country studies found that simply being members of a group enhanced savings discipline. Similarly, the Kenyan VSLA members reported that linkage helped to improve savings discipline, which in turn supported members to better plan for their futures.

In the three SatF country studies, SG members reported that they did not use banks because they did not think they had enough money to save. Bank bureaucracy was also seen as a major hurdle when directly compared to SGs’ simpler procedures. Similarly, the Kenyan VSLA members referred to “too much paperwork” putting them off using banks.

In Ghana, we found that physical access to banks was more difficult than in Tanzania and Zambia. Access remains a major challenge in reaching SG members who tend to be far removed from banking networks. A further hurdle is a lack of knowledge about formal products and services.

The women we spoke to in Kenya identified the following other linkage-related challenges:

Technology as an Enabler

Technology will continue to be an important enabler of linkage. Access to mobile phones is prevalent in all three SatF study countries. However, registration for mobile money varies widely: it is low in Zambia (4.5% according to FinScope 2015) compared to the SG members we interviewed in Ghana and Tanzania with 32% and 85% respectively. The Kenyan women’s experience with technology, including mobile money, was that it provided ease of access, low costs, improved record-keeping, transparency and (in one case) reliable calculation of share-outs resulting from electronic records.

In terms of products for SG members, the women in Kenya reported that most banks serving SGs provided savings accounts. Only one bank had offered a small wholesale loan to one group. The women reported that banks made some efforts to lower entry barriers, for example by not charging account ledger fees or imposing a minimum balance.

Drawing on all this, we believe there are a number of lessons for banks that will contribute to the success of future linkages with SGs, in particular:

Ian Robinson is an independent consultant and George Muruka is a senior consultant at MicroSave in Nairobi. They make up the demand-side team on the Savings at the Frontier programme.

Savings at the Frontier is a $17.6 million partnership between Oxford Policy Managementand The MasterCard Foundation. Its aim is to expand the range of financial products and services available to people living in poverty in Ghana, Tanzania and Zambia by testing and implementing business models that sustainably deliver those products and services to savings groups and other informal savings mechanisms. For more information, please visit the link 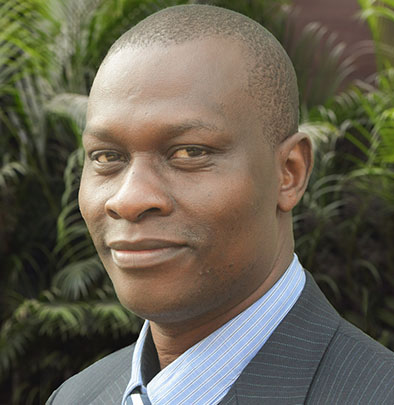 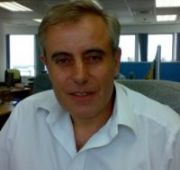