What if six billion people had smartphones?

What if six billion people had smartphones? Isn’t it an intriguing scenario? This blog envisages how this gratifying explosion of new phone technology would serve the needs of the global poor.

Six billion is close to the number of current mobile subscribers around the world, according to the ITU (International Telecommunications Union). Since 26% of the 7 billion total are children, that means most adults, rich and poor, now have access to a mobile device. Let’s consider what this might mean with regard to smartphones:

P.s. For those of you who feel uncertain about “smartphones” vs. “feature phones” vs. anything that isn’t an iPhone or Samsung, you’re not alone. Even the experts can’t agree on a precise definition. Wikipedia offers quite a detailed summary or, for this blog, you just need to know smartphones offer much faster (and more expensive) internet access, “mobile optimized” (easier to read) screens, and many more third-party applications (games and YouTube, but also international commodity prices, local weather, health advisories).

So the obvious question—the one that intrigues mobile operators, governments, international donors, and everyone else working with the half of the six billion mobile subscribers who live on less than $2.50 a day—is how to make this gratifying explosion of new phone technology serve the needs of the global poor.

Google some combination of “smartphones”, “future”, “poverty”, and “emerging markets” for more than 3 million conjectures as to when, where, how, and for whom, all this might work.

Except maybe this is not actually the most obvious rhetorical question to be asking.

At MicroSave, we always start with the customer needs and for mobile customers earning <$2.50/day—which means less than $1,000 a year—even the touted arrival of the $150-170 smartphone, is a staggering expense. Our research indicates it is also a very unlikely investment, at least in India, the world’s second-largest smartphone target market. (For more on mobile money issues and the various players involved in payments and banking by phone, please see our blogs on Mobile Money: Rosy vs. Real and Why Is the Chicken Afraid to Cross the Road?

The second-hand phone resale market is worth noting, of course, although more than half of the overall estimated $34 billion worth of used phones is sitting in a drawer, due to customer inertia and also poor durability. Most recent models, but particularly the very thin Samsung models and all iPhones, crack easily and have a planned obsolescence of approximately two years to boost unit sales.

Here are several more reasons to wonder if the flashy, new device is really better than the old one:

One interesting solution worth noting for these and other deterrents to mass 3G adoption is “virtual smartphones” like biNu. This is a free platform that works on 2G phones and networks and offers access to web browsers, news feeds, weather, even books, and online learning support, in a comprehensive choice of Asian and African languages. Here is a demo (with music much more appealing than most promo voice-overs) if you’re interested in learning more.

Other and more interesting alternatives will emerge for the 3 billion who, for the present, do not easily use 3G. Mobile operators and handset manufacturers have the most obvious stake in helping make these alternatives happen. Cisco predicts by the end of this year, there will be more mobile devices on earth than people. By 2017, global mobile data traffic will increase 13-fold with more than 10 billion mobile-connected devices. Network speeds will grow by seven times what they are today.

Even if much of this is hype and something completely different happens with 4G-n phones, how more than half the world chooses to use these future mobile devices will prove even more significant. The pyramid may invert in mobile markets—and the needs (problems, worries, aspirations) of the new top half will be well worth understanding and addressing. 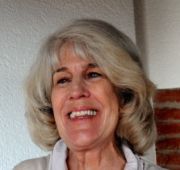